At the end of July, Hein-Willem received a letter from the ambassador of Ireland whom he recently gave a guided tour to. Hein-Willem had put together a varied program for this Kevin Kelly. A visit to the highest mound of Friesland, the Wadden Sea and Urk. The ambassador writes in his letter that he is impressed by all elements of the visit and the stories about the history of Leeuwarden and Friesland that Hein-Willem told. The company also visited farms that used Irish technology. The ambassador hopes that the visit brought both countries closer together. Read the entire letter from the ambassador here: 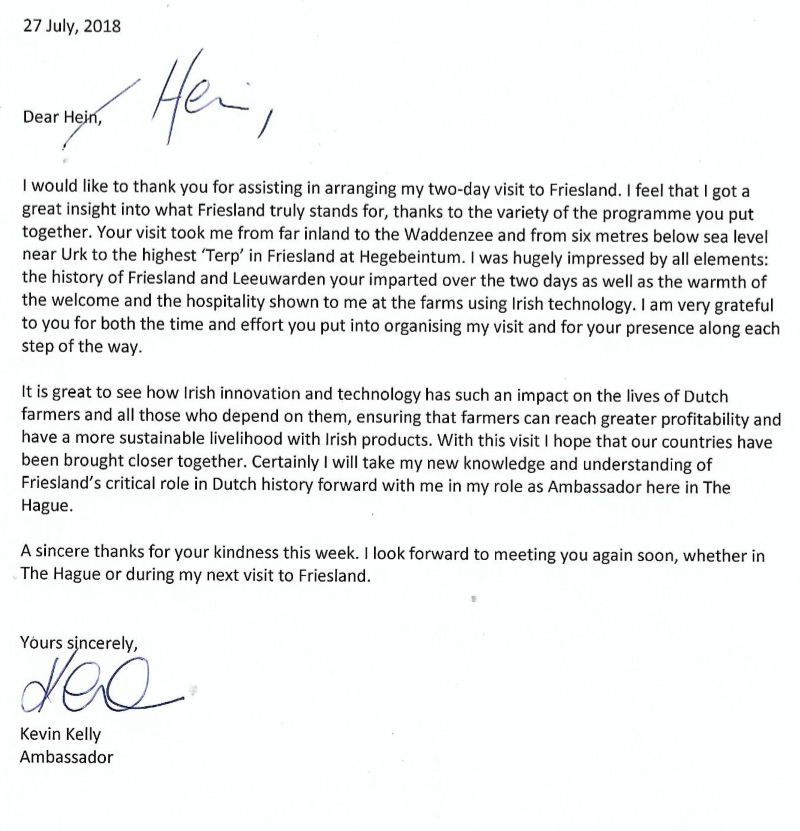